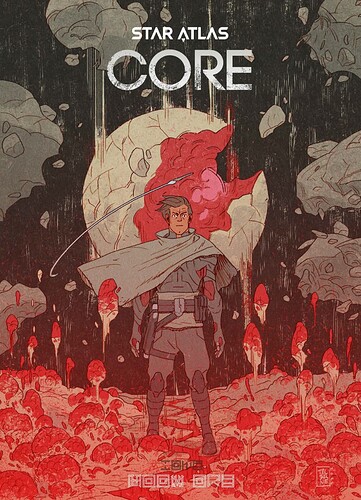 The narrative of CORE is set just before the start of the Convergence War and focuses on Gyun, a MUD protagonist still reeling after a visit to a planet in the High Risk Zone ends with a catastrophic blow to his team. It’s a tale of heroism, heartbreak, plot twists and epic adventure.

The award-winning creative team is pulled from the best illustrators, world builders, and authors in the space. Tim McBurnie, the lead artist and author on the project, is an award-winning illustrator and author who has worked for Blizzard, Wizards of the Coast, and Blur Studios. Matt Medney is the Head Writer at Star Atlas and the CEO of the legendary and recently revived comic/media powerhouse Heavy Metal.

“This is a story that builds upon what continues to make Star Atlas successful — a rich and complex world, deeply entwined with the technology used to push the boundaries of immersive storytelling,” said Tim McBurnie. “This project is the first time that readers are getting a chance to dive beyond the lore of the original Rebirth posters.”

In Episode 1,
It looks like Osia and Gyun and in a relationship.
The team followed a tracking signal to a planet so they can stake a claim (mining claim most likely).
They discover a new material, not yet known is giving off the signal. It is spongy and melts when held.

They launch a claim stake by laser tagging it.

The new material explodes from underground disturbances. The explosion is almost alive looking and rocks are thrown at the team.

… is that the end of Osia? she says ‘THIS SHELL IS FINISHED’ so maybe she can come back in a different shell/body? Let’s wait and see!

They leave the planet on a damaged ship, closest station is MONDRA 7 but it seems like they are not happy about that… 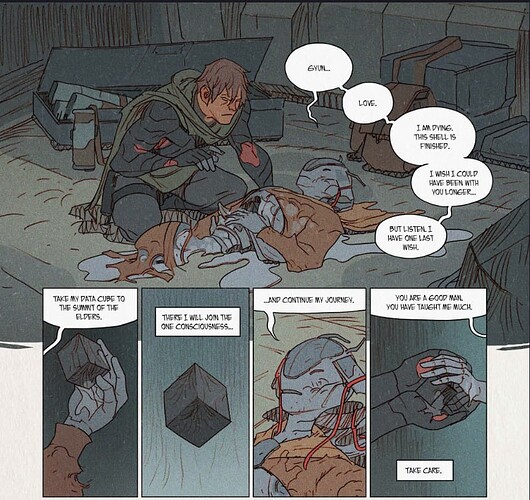 My Prediction and Theories So Far

My prediction so far:

Tim Mcburnie likes Tufa!
Check out the known story also:
Another interesting characteristic of the Cataclysm zone is the presence of the mysterious Tufa, a race of hybrid mineral and organic creatures that appear to be heavily concentrated on the asteroid belts closer to Iris. Much is speculated about the origins of the Tufa and their relationship with the Cataclysm. Theories range from some saying they get their sustenance from the energy that comes from Iris to the planet being the actual living God of the Tufa, said to awaken at some point and lead them in a galactical crusade.

Iris took a long time to be discovered. Due to an accident, or fate’s design, a group of space explorers from different factions stumbled upon The Cataclysm zone. They found Iris, scanning the planet and discovering the massive value of this galactic anomaly. This would later become the first intergalactic data block, which would be sold to the rival factions and spark the greatest war ever seen.